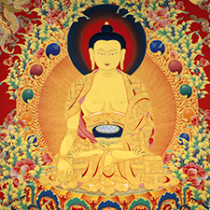 Diamond Way Buddhist centers are friendly places where you can get easy access to Buddhist teachings, learn to meditate, and meet other people who practice Buddhism while living modern lives. There are 750 lay Diamond Way Buddhist centers around the world, so it’s likely that there is one near you browse our list of centers by country. If you’d like to find out a center close to  your place, please browse the list of centers by country

When visiting a Buddhist center for the first time, you may expect to have your questions about Buddhism answered, be shown a guided meditation suitable for beginners, and have time to socialize with the other practitioners.

Different Buddhist centers offer various programs. Our larger centers hold meditation courses and lectures held by our Karma Kagyu lamas, and all of them give regular talks and explanations by Lay Buddhist teachers. There is always an opportunity to learn and practice the meditation on the 16th Karmapa, which is short enough for busy Westerners to incorporate into their schedule, and at the same time an extremely effective way to train their mind.

In France, Diamond Way Buddhism centers are located in Paris and in provinces.

The centers have an open and transparent structure and function on the basis of friendship, idealism and voluntary work. Their members share the responsibility for guiding meditations, answering questions, and giving explanations. Public meditation open to public including beginners, lasts around half an hour and is  free of charges details here

Diamond Way Buddhism France is a member of :