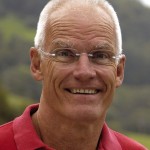 Lama Ole Nydahl is one of the few Westerners fully qualified as a lama and meditation teacher in the Karma Kagyu Buddhist tradition. In 1969, Ole Nydahl and his wife Hannah became the first Western students of H.H. the 16th Gyalwa Karmapa. After completing three years of Buddhist philosophy studies and intensive meditation training – including the transmission for a unique Diamond Way Buddhist practice called Conscious Dying (in Tibetan, “Phowa”) – Ole Nydahl began teaching Buddhism in Europe at the request of the 16th Karmapa. Lama Ole has since transmitted the blessing of the lineage in a different city nearly every day, traveling and teaching worldwide. His depth of knowledge and dynamic teachings inspire thousands of people at his lectures and meditation retreats.

Over the last 40 years Lama Ole Nydahl has established more than 650 centers of the Diamond Way Karma Kagyu tradition across the world. In these centers, his students encounter in a modern and fresh style these ancient teachings and meditate together.
People often think of meditation and Buddhism as ways to relieve stress and to live more calmly. But to a meditation master such as Lama Ole Nydahl, this is only the beginning of what this 2,500 year old science of the mind has to offer.

The Buddhist methods he teaches aim to fearlessly transform daily life by releasing one from “stiff ideas and disturbing emotions.” Once the mind is freed of these self-imposed limits, it naturally expresses itself as powerful joy and compassionate activity for others. People often think of meditation and Buddhism as ways to relieve stress and to live more calmly. But to a meditation master this is only the beginning of what this 2,500 year old science of the mind has to offer.

Lama Ole has been a major driving force in bringing Buddhism to the West, and to date has established over 600 Diamond Way Buddhist centersin 44 countries around the world. His unique synthesis of modern style and ancient wisdom helped create the largest body of students practicing Diamond Way Buddhist methods in the West.

Lama Ole is the author of several books including The Way Things Are; Entering the Diamond Way; Mahamudra; Riding the Tiger (all from Blue Dolphin Publishing, USA); and The Great Seal (Fire Wheel Publishing, USA).

While Lama Ole visited the UK accompanying the 16th Karmapa on his tours in the West, it was not until 1994 that he was first invited to teach here and establish a Diamond Way Buddhist centre. Since then, Lama Ole has visited the UK once or twice every year. So far he has given lectures and courses in Cambridge, London, Liverpool, Edinburgh, Reading, Exeter and Brighton. He has  also given two Phowa courses – in Cambridge (1996) and Shrewsbury (2004). See our events timeline.

“In 1973 the 16th Karmapa ordered Ole and Hannah to teach and predicted that they would be very successful in spreading the Buddha’s teachings in the West. The 16th Karmapa taught them their main practices, the Guru Yogas on the 8th and 16th Karmapas. They kept their samaya without any doubt, following and fulfilling Karmapa’s wish. Ole is carrying out the activity of the 16th Karmapa.”